have flexible occupations. Between a Quartet and a big Gala Orchestra with many background singers you can book everything.

In this time no other German star is requested in the TV as much as THOMAS ANDERS is and he is back with a brand new album. For “History” that was published on May 27th 2016, he did a special thing. 13 classic Modern Talking songs were produced in a new sound.

THOMAS ANDERS was born in March 22, 1963 and belongs to one of the German stars that are successful national and international. Even in his Modern Talking time his songs were already well known and very popular in many countries in the world. Only “You’re my heart, you’re my soul” was in 81 countries the number one of the sales charts. Worldwide he sold with Modern Talking and solo songs more than 125 million CDs. For his creatively performances he got more than 420 gold and platinum records or CDs and many awards. A view of them are the “Bamby”, the “Goldene Europa”, the “Goldene Kamera”, the “ECHO”, the “World Music Award” the golden and silver “Bravo-Otto”, the “Goldenen Löwen” and many more.

Even though he has been very successful, Thomas Anders is always searching for new challenges. As a professional serious entertainer he does not know stagnation.

After the success of modern talking he recorded many national and international solo albums. His last solo and pop album “STRONG” was sold only in Russia more than 1.000.000 times and he got the platinum award.

For this album Thomas Anders performed in a special setting for his music video. For the song “Stay with me” he convinced in the role of James Bond.

He has a merger with Nena’s producer and songwriter Uwe Fahrenkrog-Petersen. Their album “Two” was immediately the 11th in the album charts and the “Gentleman of Music” transforms for a short time into the “Gigolo”.

After more that twenty-five released albums Thomas Anders realizes his long dream: His first Christmas album “Christmas for you”. “Christmas for you” became to an album that is, like its interpret, full of facets. New, but traditional, international but private, it is “Anders”.

In his 40 years long music career he has been delighting, in the show and the music branch as a solo singer, millions of people. His fans estimate his authentic and classy closeness, he shows in his concerts. They love his songs full of emotions and a good atmosphere.

THOMAS ANDERS music is full of passion and there is almost nothing he has not experienced in the entertainment industry. He has been standing on the stage for more than 40 years and over 30 years ago he had his first performance in a TV show by Michael Schanze. After that his career was a whole success! For his concerts he traveled the whole world. He had his shows for example in Cape Town, Hong Kong, Tel Aviv, New York, Santiago, Chile and Moscow .

Until today THOMAS ANDERS is an international star, he performed in the historian Muscovite Kremlin for eleven times. He also performed the royal Albert Hall in Russia, of course his concerts were sold out.

THOMAS ANDERS is a convertible star, who presents himself in different facets. He has big concerts, elegant Gala’s, personal Soirèes with a great atmosphere and executive moderations.

He has always been “The Gentleman of Music”.

As a famous singer, composer, moderator and an expert of entertaining he fascinates his viewers. He takes them on musical journeys through the time and presents many famous songs of Modern Talking and other worldwide known pop songs.

Even though he has had a lot of success and many possibilities his deep connection to his home city Koblenz has never changed. He traveled through the whole world and lived in America and Berlin but his centre of life is Koblenz. He has been living there for many years with his wife Claudia and his son Alexander. There he gets his power for his success.

As a grounded man living in Koblenz, he knows how to use his status as a celebrity so since 2008 he has the patronage for the Child Protection Agency in Koblenz. He has a lot of fun working with the children. Even though he is requested to help in many projects

that are worth supportable... ?

-Noble Composition additional as a Gala orchestra for the whole evening 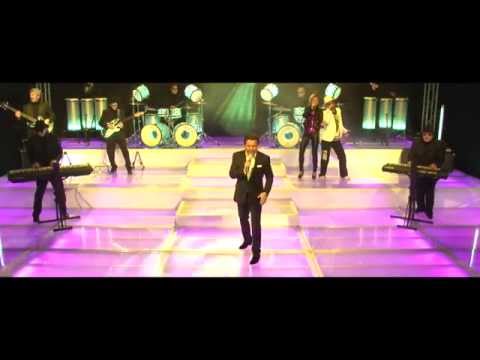 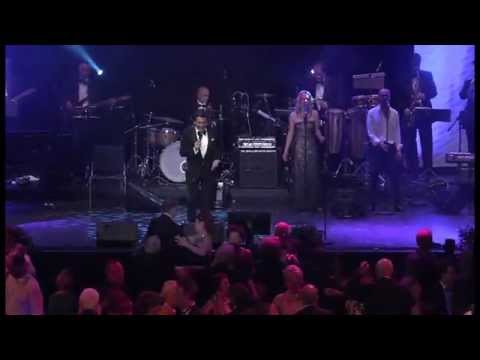